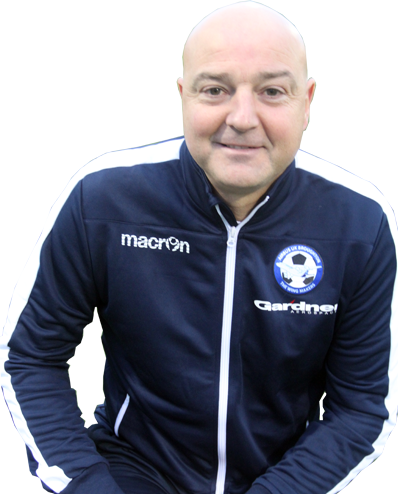 A Uefa Pro-licensed coach, Wrexham-born O'Shaughnessy started his career as an apprentice at Leeds United before moving onto Bradford City and then Rochdale, where he enjoyed arguably the most successful spell in his career, scoring 16 goals in 109 League appearances.

O'Shaughnessy earned the nickname the "Master Blaster" for his skill at taking long distance free-kicks. In July 1991, he joined Exeter City for a fee of £10,000 but, after a disappointing three-game spell, joined Darlington in January 1992. In 88 League appearances for the Quakers, O'Shaughnessy became captain before being released at the end of the 1993/94 season, with his final Football League appearance coming in May against Bury.

After spells with Stalybridge Celtic and Buler Rangers in Hong Kong, he returned to Wales and made 140 (+16) appearances for Inter Cardiff, Barry Town, Holywell Town, Rhyl, Caernarfon, TNS, Bangor City, Oswestry Town and Druids, scoring 14 goals. In 2000, O'Shaughnessy was appointed player-manager of Oswestry Town but, after an excellent start which saw the club rise to as high as second in the league, the club's form faded and they just stayed-up after an 11-game losing streak. Despite this, it came as a surprise to many observers when O'Shaughnessy was sacked, joining Druids as manager in June 2001. He guided the club to their first Welsh Cup semi-final in 98 years before losing 5–0 to Bangor City at Belle Vue.

In April 2004, O'Shaughnessy was sacked and coached at Wrexham's Centre of Excellence, joining the Canaries as manager in September 2006. He joined Connah's Quay in June 2008, leaving after one season in charge, returning to the Welsh Premier with the Lakesiders in 2015.

After assisting manager Andy Thomas he was appointed as the Airbus manager in November 2016.