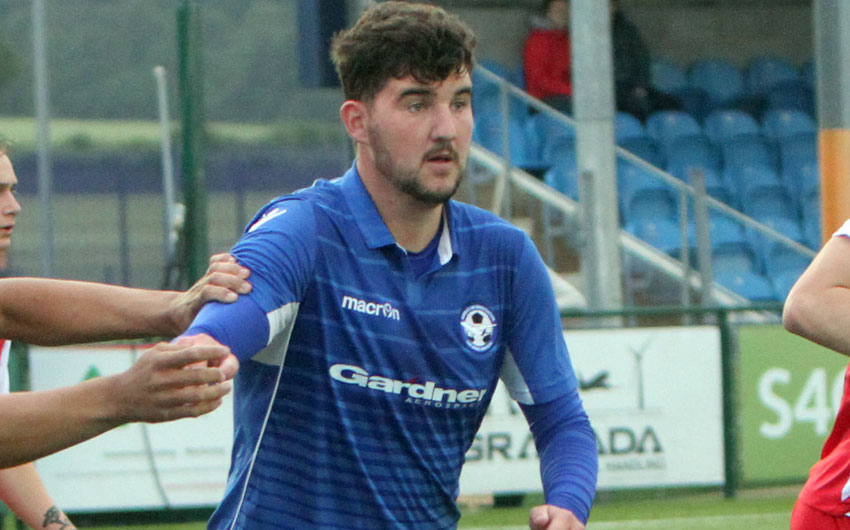 MANAGER Andrew Thomas has made three more signings tonight with the arrival of Aaron Bowen, Kristian Platt and Leo Riley at the Hollingsworth Group Stadium.

Liverpool-born striker Bowen, 26, played for Skelmersdale United, Cammell Laird and Shepparton United in Australia before joining Barrow in June 2013. He was loaned to Warrington Town, a move which was made permanent in November, before signing for Rhyl in June 2014.

Released from Belle Vue in February 2016 due to personal circumstances, Bowen re-signed for Cammell Laird but returned to the WPL with Cefn Druids in last season and has scored 12 goals from his 37 (+5) domestic league appearances.

Birkenhead-born defender Platt, 25, arrives from Stalybridge Celtic. He made his professional debut as a 17-year-old substitute for Shaun Kelly against Darlington on 3 May 2009 in Chester's final match in the Football League. Prior to his debut, Platt had been linked to moves to Premier League clubs but, after Chester's relegation, he joined AFC Telford United in July 2014. He then had a spell with Bala Town, prior to joining Stalybridge.

Defender Riley, 21, had previous experience as a youth with Tranmere Rovers, Bolton Wanderers and Liverpool before joining Llandudno in the summer of 2015, where he went on to make 20 (+20) Welsh Premier appearances, scoring two goals.