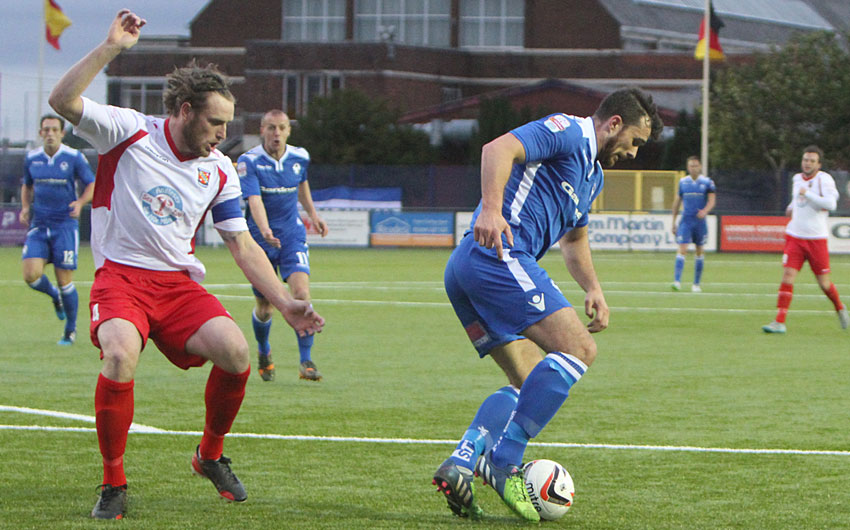 DIRECTOR of football Andy Preece was perplexed by his side's poor display in Friday night's 4-1 home reverse at the hands of Bangor City.

"It doesn't happen too often to us," Preece said. "In this league you can't start the game like we did, we didn't even start the game until the second half.

"You're just scratching your head to see what we were thinking in the first half against a really strong wind.

"We were trying to play out and they were pressing us, we were playing short balls and just letting them get into the game nd they took full advantage of it.

"So we can't have any complaints about losing the game, we just have to regroup and start again.

"It has happened to us before but probably not as bad as we were first half, I thought that was the worst we've been for a long time.

"We were unlucky at Bala, we pretty much dominated all that game, but today we were nowhere near.

"The two games before I thought we did well against Carmarthen and took charge the majority of the game against Bala.

"But the first half tonight was really, really poor. They just worked harder than us and it's very rarely you say that about an Airbus side that's not running around and pressing and working for each other.

"We've got to make sure that's a one-off rather than a regular occurence because any team in this league will take advantage of that and cause you problems and win games," Preece added.