Airbus just too good for the Coasters 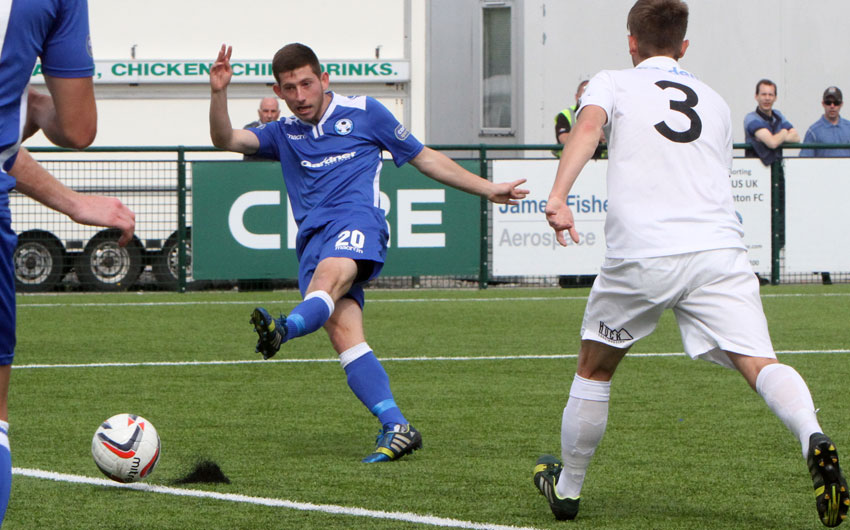 Home keeper James Coates was forced into action early on to make saves from Joey Mullen and Jake Gregory.

But Tom Field responded by sending a 20-yard free kick just over the bar and Coasters' keeper Ross Dalton went down to save at the feet of Ryan Wade.

Field fed Wayne Riley, who beat the offside trap, before playing back to Field who drew a fine save from the Fylde stopper.

Joe Whittington missed a good chance for the visitors after finding himself free down the left before the Wingmakers took the lead on 23 minutes. Field's free kick was parried by Dalton and Jordan Barrow smashed home the rebound from a narrow angle.

Coates saved well with his feet from Mullen before a Field corner was headed goalwards by Ricky Evans only for Wade to head straight at the keeper.

Coates again did well, saving in a one-on-one from Dom Smith as half time approached.

Fylde made a strong start after the break with shots from trialists hitting the post and being cleared off the line.

Barrow lashed a shot wide at the other end before Wignall combined well with Evans but fired wide of the far post.

A Matty McGinn 20-yarder also just missed the target with Richie Allen curling a shot just over the angle at the other end.

Danny Rowe fired over at close range from Allen's cross before Airbus doubled their lead when Wignall's cross was fired home at the back post by James Murphy.

Wignall went close twice more before Ellis Healing and Riley then combined to set up McGinn who crashed home a superb curling 25 yarder to put the icing on the cake in stoppage time.