Budrys at the double as Airbus reach last eight 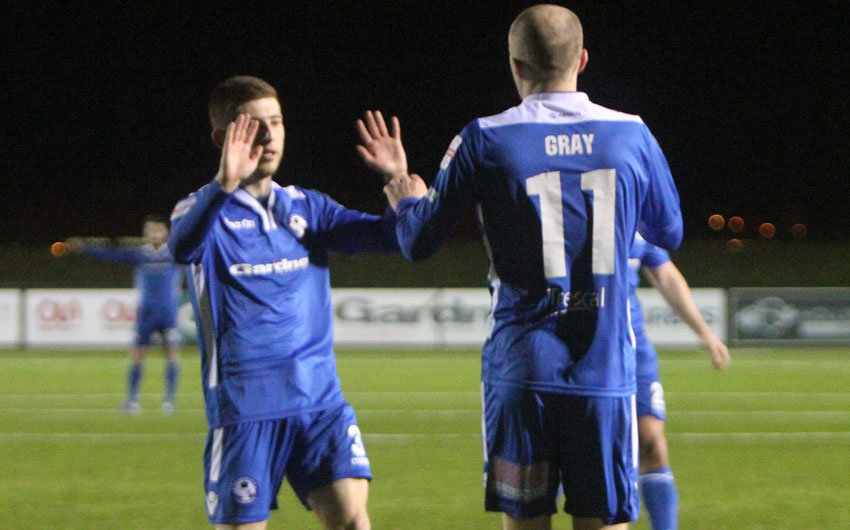 AIRBUS completed the Welsh Cup quarter-final line-up with a 3-0 victory over Guilsfield in their twice-postponed tie.

But, whilst the final scoreline was convincing, the Wingmakers were given a tough test by the Huws Gray Alliance outfit, for whom Jack Richards went close when allowed to run down the byline before placing a narrow angle shot just over the bar in the opening minutes.

Visiting keeper David Littleford made a good save to deny Tony Gray before Guilsfield skipper Gareth Jones saw his shot cleared at the other end after a scramble.

Littleford produced an excellent save to prevent Chris Budrys from opening the Airbus account and the frontman then fired over the bar.

But Budrys was not to be denied and sent a fine glancing header into the far corner from Wayne Riley's cross four minutes before the break.

Gray hammered a shot against an upright at full stretch just after half-time and the contest was end-to-end until the 78th-minute, when Gray composed himself at the edge of the box before placing a superb individual shot into the net.

And Budrys wrapped-up the win by completing his brace with another excellent header from Gray's cross two minutes from the end of normal time to set-up a home meeting with Bala Town in the last eight.